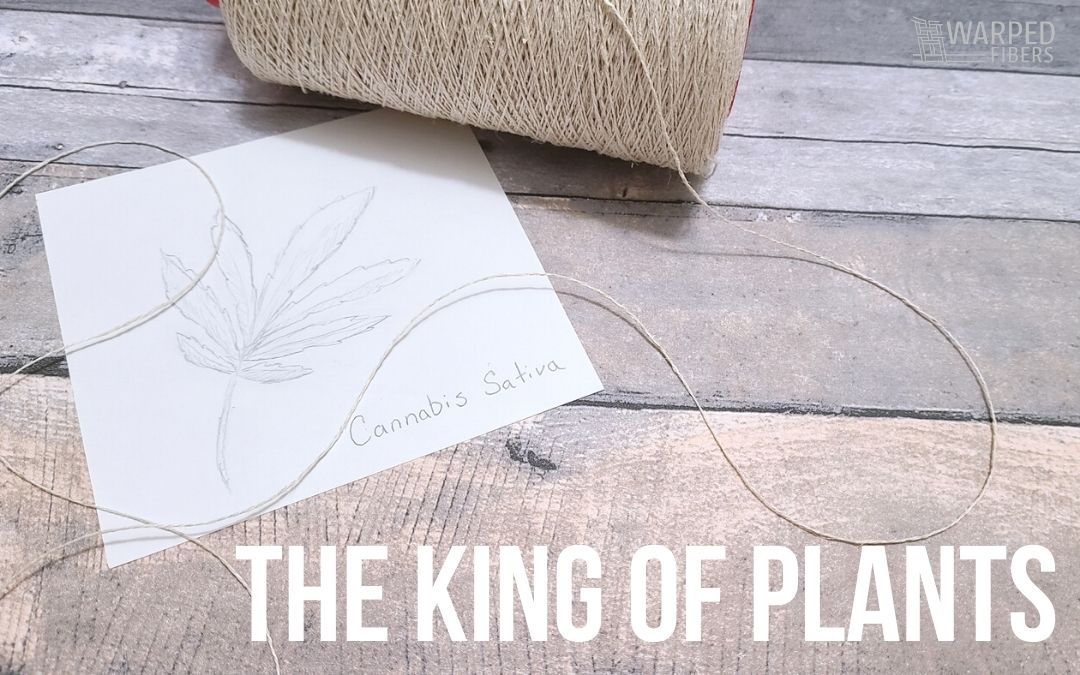 Hemp is not a bad word – despite its unwarranted bad reputation. In fact, hemp can be a fantastic yarn and fabric!

With sustainability on more and more weaver’s minds and the legalization of cannabis in many parts of the United States- hemp is making a comeback! Due to the surge in popularity, it seems like a trendy fiber right now. It is trendy for good reason though, and a trend that will probably stick around.

Hemp yarn is great because it ticks a lot of the boxes that a great cellulose yarn should.

Despite the fact that we are only now appreciating it for what it is, hemp has always been a part of our history. In fact, it actually is one of the oldest materials used to make fiber!

When hemp is grown for fiber, though, it is planted densely so that it will grow tall with little branching. These tall stems create longer fibers that make great yarn. The fiber is mostly harvested from male plants as they produce finer fibers than their female counterparts. The female plants are actually usually used for seed.

Straight after harvesting, the hemp stalks are tough and woody. They must be left out in the field for retting in order to break down the fibers to get to the softer core. Retting can be done in multiple ways, but essentially involves letting water and bacteria break down the tough parts of the stalk.

When it is ready, it gets divided into tow fibers and line fibers – similar to linen.

(Learn more about weaving with linen)

Tow fibers are the shorter and coarser fibers and line fibers are longer and more often what you think of when you see hemp yarn.

In fact, hemp and linen have a lot in common in their manufacturing process. The hemp can be either wet or dry spun with the tow fibers often dry spun and the line fibers are wet spun.

Similar to linen, wet spun hemp creates stronger yarn, but unlike linen it does not affect the hairiness of the finished yarn.

History of hemp: the “king of plant fibers”

Originating in central Asia, hemp could be found in China as early as 2800 BCE.

Hemp fiber is so ingrained in history that the word canvas actually comes from cannabis! This is because canvas (or sailcloth) was originally made with hemp yarn. It was ideal for use as ropes and sailcloth because of its inherent resistance to rot and damage from saltwater.

Since it was such a vital fiber, hemp became known as the “king of the plant fibers.”

Despite this name, hemp fabrics were also used to clothe the poor while silk was meant for the rich. Nowadays, though, hemp’s trendy reputation has made it more in demand. Due to this, many wealthy and environmentally conscious consumers are now wearing hemp!

The more you wash your hemp yarn and textiles, the softer they will become. With subsequent washes, hemp will lose its waxes, oils, and lignin. This will not only make the yarn softer but also whiter if it is undyed.

Hemp gets better with age.

Like other bast fibers (fibers made from the stems of plants) hemp is incredibly strong. That is why it has been used to make ropes and canvas throughout history. It is only bested by linen in this category.

Despite the fact that hemp is such a strong and durable fiber it is prone to damage by acids. And not just strong acids, but weaker acids like those found in tomatoes can damage hemp if left untreated for too long. Keep this in mind when caring for anything you weave with hemp.

It also has very little elasticity and is even less flexible than linen!

Bleaching also damages hemp, so if you want it to be lighter then time will be your friend.

I have mentioned multiple times that there are many similarities between hemp and linen that go far beyond just their tan appearance.

They are both bast fibers that have a similar (but not the exact same) makeup. Where linen has three main sections: the core, pith, and phloem – hemp has an extra layer of fine fibers between the phloem and the core. This makes the hemp stalks much thicker than linen stalks. Hemp also has reddish cells in the stem that create its tan color.

Hemp is actually a much taller plan than linen. It can get up to 15 feet tall, where linen grows to only 40 inches.

Get Your Hemp Yarn On The Woolery

We can not really get through an entire post on hemp without talking about the green leaf in the room.

Hemp and marijuana are the same but also different. Basically, they are different types of the same plant.

They look different, have different chemical makeups, and are grown and cultivated differently.

Cannabis sativa was banned alongside cannabis indica in 1970 in the United States despite the fact that it does not have the same amount of tetrahydrocannabinol (THC). So yeah, hemp contains some THC – but very little and not enough to illicit the same psychoactive effects as marijuana.

While the hemp fibers and yarn were technically legal to purchase, it was still illegal to grow the the plants to make them. This made these fibers harder to find and gave them a bad name to anyone who did not know the difference.

Unfortunately, it got a bad rap even though it did not deserve it. Hemp got the short end of that stick.

There is even a lot of evidence that cannabis sativa existed and was used in Europe about 4000 years before cannabis indica was ever even introduced in the area from southern Asia. At least in that area, the yarn came before the high.

Hemp is so much more than its relationship to marijuana and should be celebrated as a fiber with a rich history and sustainable future. Consider giving hemp a chance the next time you need a strong and sustainable fiber for your weaving! 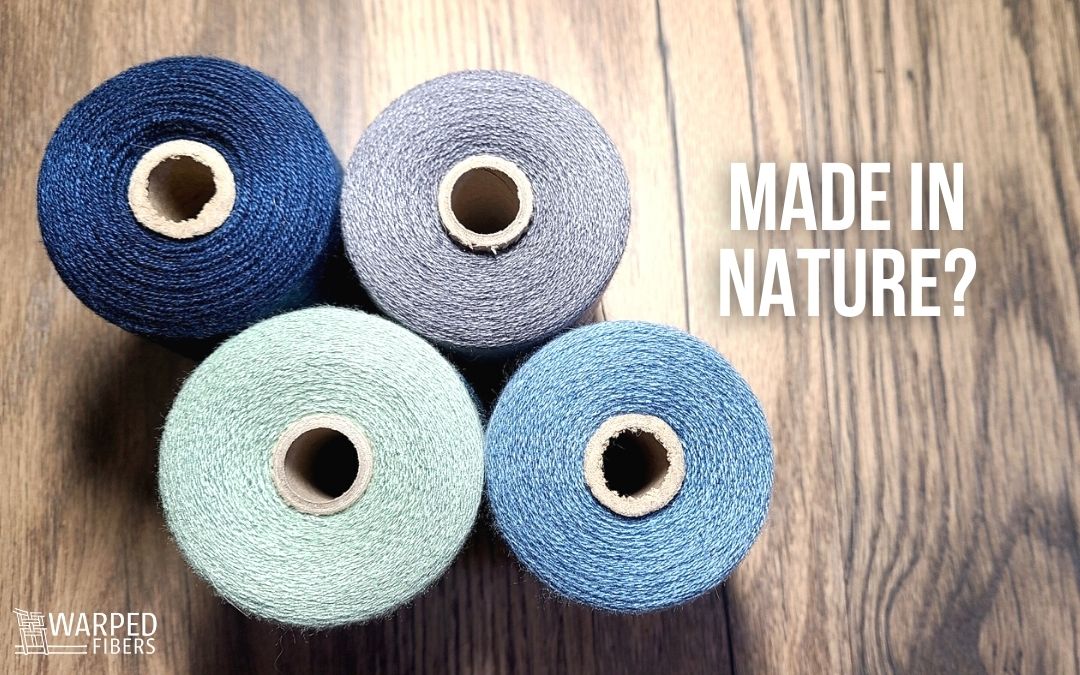 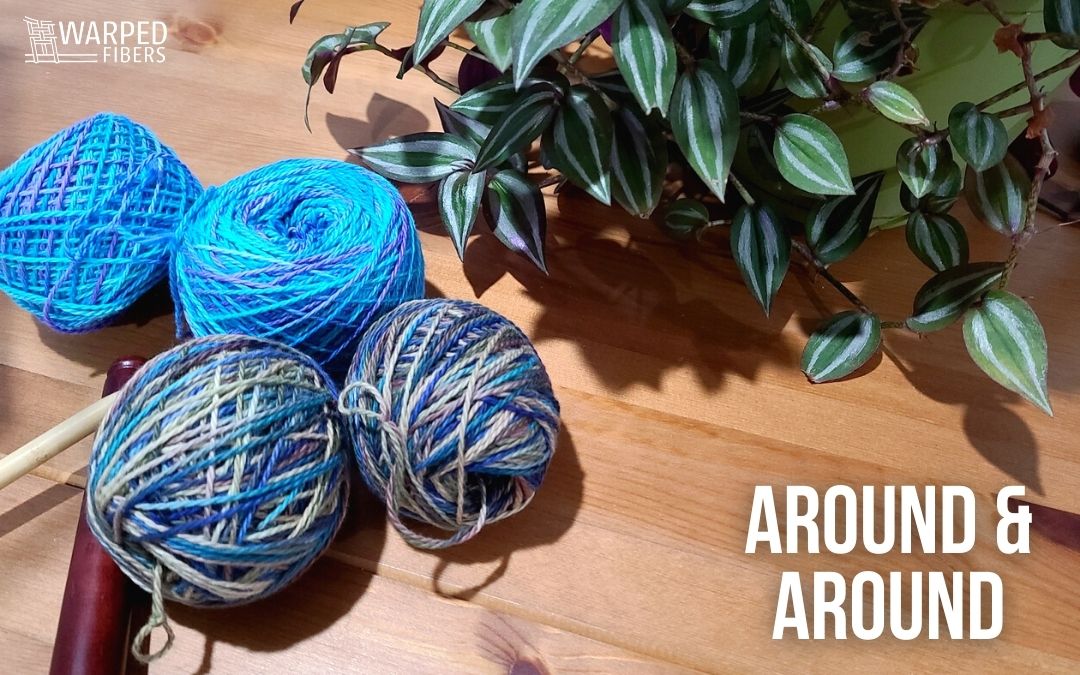