Weaving With Weft Floats To Create Texture And Patterns

Are you in a weaving rut? There are so many different patterns and interesting things that you can do with weaving, but what if you are looking for something a little less regimented?

With the grid system inherent in weaving it can be hard to think of it as anything other than a strict process, but it doesn’t have to be.

Taking a more experimental and unplanned approach can be a great way to try something new, break your artist’s block, or just add some visual interest in an unexpected way to your weaving.

One way to do this is to try weaving with weft floats and go for a free form weaving style that allows you to make decisions as you go.

This post may contain affiliate links. If you purchase something through these links then I will receive a small commission that helps keep the blog going – at no extra cost to you! Please read our DISCLAIMER for more info. Thanks for the support!

What is a float?

A float will be two or more picks* long, but the longer they are the more likely the fabric will be less stable and more sleazy**.

*A pick is one row of weaving. This is used to describe weft and means that your weft will have woven across to one selvedge but not back to where it started.

**Sleazy is a real textile term! I promise! It means loose and is usually used to describe fabrics with a lot of drape but not a lot of structure.

While you can use regimented patterns to weave twill, lace, and much more – if you are looking for something a little more organic you can mix it up and make up your own.

Over three under one

While a float pattern like over three and under one can be done on a floor loom through the aid of harnesses to create your pattern for you, you also have the option of doing this same pattern by hand on a frame loom or a rigid heddle loom.

Over three and under one is only one example of the type of float pattern that you could create. Some other examples you might want to consider playing with are over two under two (a modified plain weave), over three under two, or really any combination of over and under that you can imagine. You can also mix it up to use more than one float pattern in the same weaving and even the same pick!

If you are doing this by hand then you also have the ability to change up your pattern at your own whim. The ability to mix it up will allow you to combine any number of patterns and floats at any time. While changing it up for every pick might not be ideal because it could make your weaving a little messy, if you do it well then it can create an interesting piece with character and texture.

Use a pick-up stick

Pick-up sticks are a great and simple tool that every weaver should have in their studio. They are basically a smooth stick that is preferably wider than your weaving. Pick-up sticks can be used for multiple things, but most often they are used to create a shed in your weaving. They are great for use on a frame loom when you don’t have a shed tool built in already or on any loom with heddles that you need to create a different shed on. Pick-up sticks are used often on rigid heddle looms to greatly expand their options without attaching a second heddle.

Instead of manually weaving with a tapestry needle you can use a pick-up stick to make your life a little simpler by creating a shed. This will also give you the ability to see the pattern in the weaving before actually placing your yarn.

You can buy pick-up sticks that are made for weaving with smoothed-out edges for easy flipping, but you can also use a ruler or anything that is flat and strong if need be. Most makeshift pick-up sticks won’t be smooth, though, so be aware that it will apply more friction to your warp which could eventually degrade the yarn. Due to the size of my weaving sample, I used a wood tapestry needle as my pick-up stick!

If you are interested in learning more about alternatives to weaving tools then check out this post HERE.

Pattern weaving on a frame loom or rigid heddle loom isn’t hard to do, but will sometimes require extra planning and/or patience. You can either plan out your pattern or just wing it. It just depends on what you are going for.

It can be freeing to wing your pattern as long as you are willing to possibly create something that isn’t cohesive in the end. If you don’t like what you made then you can always undo it and try again with nothing lost – except some time.

If you are interested in pattern weaving (the more regimented kind) then I highly recommend That Handweaver’s Pattern Directory by Anne Dixon. It includes many different patterns and drafts as well as a lot of really useful information for weaving patterns.

If you do decide to plan out or create your own pattern then one of the best ways to do this is by using graph paper. The graph paper corresponds really well to the warp and wefts that create your weaving since they create a grid-like system.

Planning out your weaving on graph paper beforehand can help save you some time and avoid possibly having to un-weave in the future. When using the graph paper you will choose to either color in your warp or weft (usually the weft) with each square corresponding to one pick of your weaving. FYI, you more than likely you won’t be able to find graph paper that is to scale but it doesn’t really matter. The graph paper is just there to help you visualize the finished pattern.

When weaving free form patterns that you plan with graph paper it can help to mark each pick of your pattern on the paper as you weave it. This can help keep you from losing track of where you were since you are not using heddles to create your pattern.

Designing patterns this way on graph paper can be a really fun way to plan out what you want to do without having to take the time to make a sample. That being said, samples are never a bad idea!

Do you like to weave free form or would you rather weave a strict pattern? Let me know! 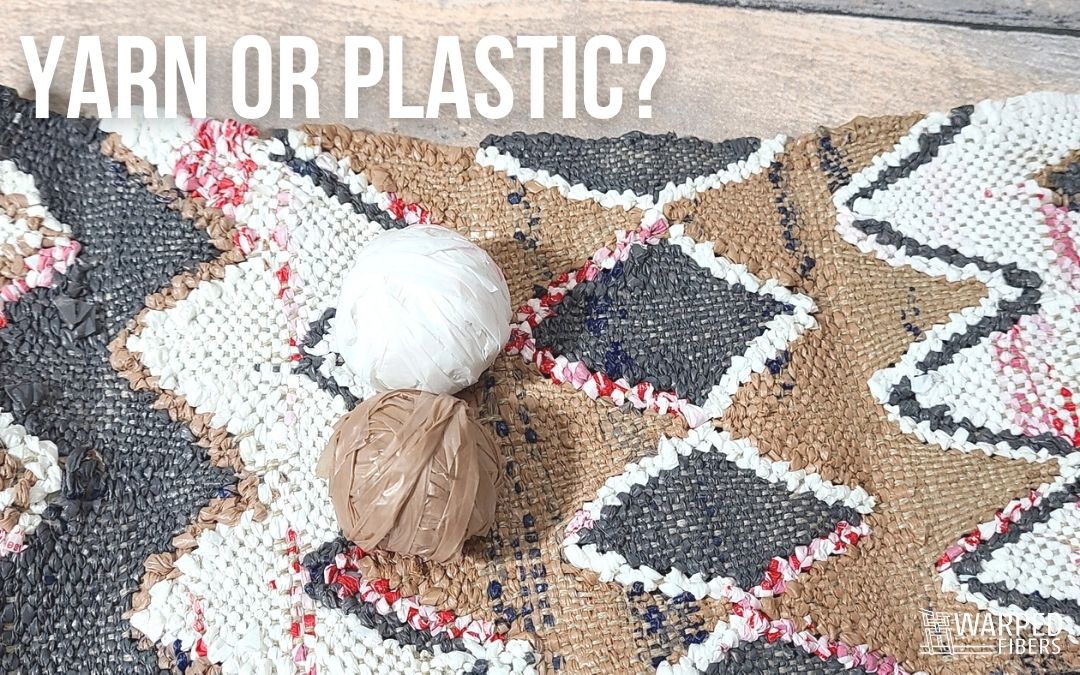 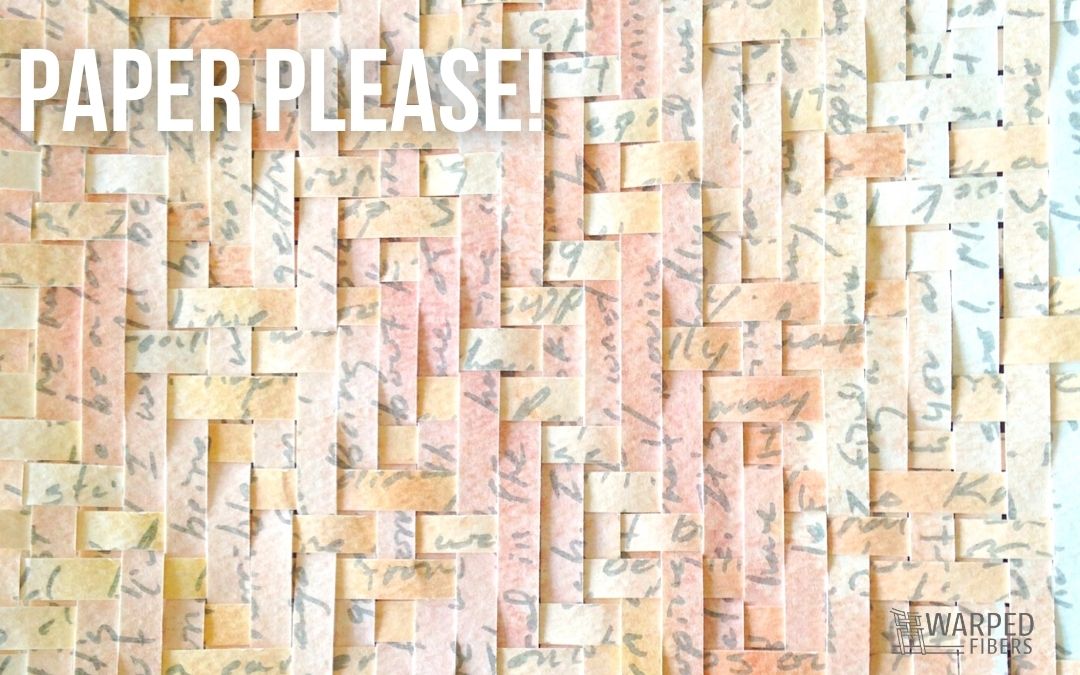